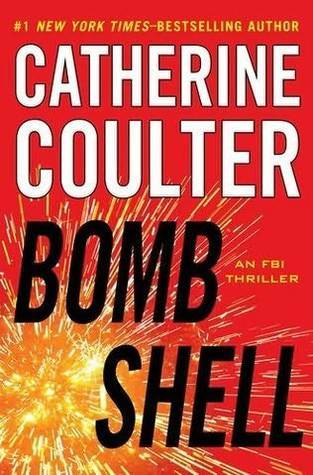 Related Series: A Brit in the FBI

FBI Special Agent Griffin Hammersmith, last seen in Backfire, has been recruited by Dillon Savich to join his unit in Washington, D.C. Savich sees something special in Hammersmith, an almost preternatural instinct for tracking criminals.

While on his way to D.C., Hammersmith plans to visit his sister, Delsey, a student at Stanislaus School of Music in Maestro, Virginia. Before he arrives, he gets a phone call that Delsey was found naked, unconscious, and covered with blood after a wild party. The blood isn’t hers—so who does it belong to?

Meanwhile, back in D.C., Savich and Sherlock have their hands full when the grandson of former chairman of the Federal Reserve Bank is found murdered, every bone in his body broken, and frozen at the foot of the Lincoln Memorial.

Was Savich right—is Griffin gifted with a unique ability to “see” how criminals think? And will he figure out who was behind the attempt on Delsey’s life—before it’s too late?

Catherine Coulter is the author of 80 novels, including 75 New York Times bestsellers, occasionally, after exhaustive prayers, hitting #1. She earned her reputation writing historical romances to pass the time while aboard the ark. She added suspense thrillers to her repertoire – with great success. The Cove, the first book in her bestselling “FBI Suspense Thriller Series” spent nine weeks on the New York Times list and has to date sold well over 3 million copies. Since then she’s written 20 more bestselling thrillers in the series, including The Maze, The Target, The Edge, Riptide, Hemlock Bay, Eleventh Hour, Blindside, Blowout, Point Blank, Double Take, Tailspin, Knockout, Whiplash, Split Second, Backfire, Bombshell, Power Play, Nemesis ,and Insidious. Her 21st FBI thriller Enigma will be out in all formats in September 2017. Coulter is also writing a new suspense thriller series – A Brit in the FBI – co-writing with bestselling author JT Ellison. The 4th book in this action-packed series, The Devil’s Triangle, will be out in paperback August 29, 2017.

For Coulter’s first novel, The Autumn Countess, she chose a Regency setting for her debut because, says Coulter, “as any published author will tell you, it’s best to limit the unknowns in a first book, and not only had I grown up reading Georgette Heyer, whom I worship, but I earned my M.A. degree in early 19th century European History and could fight in Napoleon’s army, or join the Allies and beat his butt with Wellington.”

Following The Autumn Countess, Coulter wrote six more Regency romances. She then turned to long historicals and eventually interspersed them with contemporary suspense novels, beginning with False Pretenses in 1988, her very first hardcover.

Coulter grew up on a horse ranch in Texas, and graduated from the University of Texas, receiving her graduate degree from Boston College. She became a speechwriter on Wall Street, then, to her joy, she was able to quit her day job and become a full-time writer.

She lives with her physician husband and three cats in Marin County, California, right over the Golden Gate Bridge. She loves to travel, loves to kamikaze down the ski slopes, and reads voraciously while recuperating. She likes to laugh, loves a good joke, and believes the publishing business is too crazy to take seriously.

If you read just one of Coulter’s FBI thrillers, she’s got you, so prepare for eye strain and jumping at things that go bump in the night.

I was provided a free copy of this book by the author’s representative. I am voluntarily providing an honest review in which all opinions are fully my own. I am not being compensated in any way.

It’s been quite a while since I last read one of Catherine Coulter’s FBI thrillers. I couldn’t wait to get time to fit it into my reading schedule! Finally! I had them all when I read paperbacks, but hadn’t replaced them when I switched to ebooks and for some reason haven’t kept up with them. Now there are three more after this one and a related series to read!

And Ms. Coulter didn’t let me down. Savich and Sherlock are still on the job. They have invited Griffin Hammersmith to join their Washington, D.C. team after working with him on another case. He’s on his way to join them and stops to visit his sister, Delsey, at the music school she attends only to find the “Trouble Magnet” has held true to her name and gotten into more trouble. He finds Delsey recovering in the hospital after an attack and a very attractive friend, Anna, stopping by to check on her.

This sets up the local case and romance which gets a bit crazy and out of hand, and not only the bad guys get hurt. But Griffin has some time to romance Delsey’s attractive friend, Anna, and discover her secrets.

Meanwhile, in D.C. Savich and Sherlock have their hands full even before Delsey is sent to stay with them. They end up with three bodies and a political mess before it’s all tied up. And even Sean, their little boy, gets close to the action this time.

The pacing is excellent and there’s even time for some romance. Two mysteries to solve with lots of detail and depth on both. Lots of action on both, too. The characters are great. It helps, I’m sure, to already know Savich and Sherlock and Sean. The new characters are very interesting and work in well, as usual. It’s a nice balance of serious and fun times. And there’s no hidden info for the author to pull the solution out of her hat at the end. It’s all there for you to find right along with the characters.

Well, I’m back on track with the series and you’ll be seeing the reviews on the rest of it sooner or later, plus the related series. I hope you’ll check out this series and the related one if you haven’t. Or if you’re a lapsed reader as I was, get back on track. Catherine Coulter always puts out a great product and there are lots to choose from. Always highly recommended.