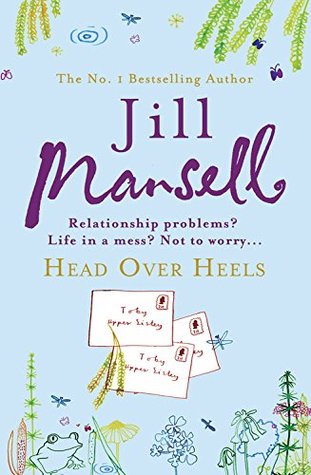 Jessie has kept the identity of her son Oliver’s father a secret for years. She’s stunned when she discovers that the man in question, actor Toby Gillespie, has just moved in next door. The truth’s about to come out. One glance at Oliver, and a little mental arithmetic, and Toby has the situation sussed. Meeting the son he never knew he had is the shock of a lifetime. It’s a shock, too, for Toby’s wife, the beautiful Deborah, though she seems to take it in her stride. Would Deborah be so relaxed if she knew just how close Toby wants to get to the mother of his firstborn? As the attraction between them flares up again, Jessie just can’t see her way to a happy ending. But no one is quite what they seem, and there are more surprises to come… 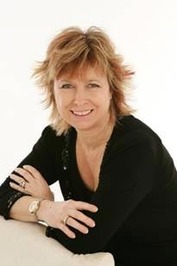 Jill Mansell lives with her partner and children in Bristol and writes full time. Actually, that’s not true; she watches TV, eats fruit gums, admires the rugby players training in the sports field behind her house, and spends hours on the internet marveling at how many other writers have blogs. Only when she’s completely run out of displacement activities does she write.

Jill Mansell’s books have sold over ten million copies and her titles include: Making your Mind up, Fast Friends, Good at Games, Sheer Mischief and Solo, among many others.

I was provided a free copy of this book by the author’s representative. I am voluntarily providing an honest review in which all opinions are fully my own. I am not being compensated in any way.

Jill Mansell always writes a good story and this is no exception. But this time there were so many people involved that I simply had trouble keeping them all straight, who was who and who was with who. The main characters were easy, but all those secondary characters kept getting mixed up on me. I couldn’t always remember who was in which family.

The love affair was 20 years behind them, but that didn’t keep it from flaring to life as soon as they kissed again. She wanted to do what was right by them all, but he just wanted her. Never mind his children by his current wife or his current wife.

This is one cheating story. It seemed like everyone in the village was cheating on someone or being cheated on. Or not who they seemed to be. Michael was cheating on Lili twice over. Deborah was cheating on Tobey when it was exciting. Bernadette was who she appeared to be but not who she’d always been. And she had lied to Eleanor about who she was. But no one told Eleanor anymore than they could help since she was bound to judge it first by her own interpretation and then tell the whole village.

But it’s Jill Mansell, so in the end, everyone gets their chance at HEA, even Eleanor and Deborah. I highly recommend another Jill Mansell masterpiece. I have two more on my soon-to-read list.