Rocket science is no problem. Falling in love, on the other hand…

College student Melody Gage is craving a night of no-strings fun when she meets charming out-of-towner Jeremy, and that’s exactly what she gets. Until three years later, when Melody relocates to Los Angeles and finds herself thrust back into Jeremy’s orbit.

Not only does her hunky one-night stand work at the same aerospace company where she’s just started her dream job, he’s the CEO’s son. Jeremy’s got a girlfriend and a reputation as a bad boy, so Melody resolves to keep her distance. Despite her good intentions, a series of awkward circumstances—including an embarrassing crying jag, a latte vs. computer catastrophe, and an emergency fake date—throw her together with the heavenly-smelling paragon of hotness.

As the billionaire playboy and nerdy IT girl forge an unlikely friendship, Melody’s attraction to Jeremy grows deeper than she’s ready to admit. Will she risk it all for a shot at her happy ending?

The debut novel from author Susannah Nix, Remedial Rocket Science follows in the tradition of contemporary romantic comedy favorites like Penny Reid, Sally Thorne, and Jennifer Crusie. This lighthearted slow-burn romance is the first in a series of standalone rom-coms featuring geeky heroines who work in STEM fields. 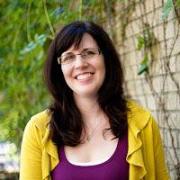 Susannah Nix lives in Texas with her husband, two ornery cats, and a flatulent pit bull. When she’s not writing, she enjoys reading, cooking, knitting, watching stupid amounts of television, and getting distracted by Tumblr. She is also a powerlifter who can deadlift as much as Captain America weighs.

Melody is conservative, quiet, thrifty, and has goals for her future. She’s only had a few boyfriends in the past and men don’t figure largely in her future. Jeremy is outgoing, charming, rich, and has no goals. But he has had many, many girlfriends. And it seems he’s cheated on them all. What could these two people have in common?

The characters were very well developed. The storyline was great, too. And the pace was good. There was no sex in the book, just foreplay. And no violence. The writing was quite good, but there was not a lot of description. Not even much of a description of outfits or rooms. But there was enough going on to keep my attention. I loved the relationship mishmash the author created here. And they all ended up with an HEA, too!

This was a really fun read, even though there was so much unhappiness in it. You just had to see things with a sense of humor from start to finish with the situations they got themselves into. The two sisters dating the same guy. The mother’s approval of the wrong girl. And their connection from a one-night stand to start it all off. What are the odds?!

This is a debut novel and the first in a series of stand alones in series. I recommend this to romance readers who like a laugh with their love. Looks like this might be another author to add to the list of keepers!