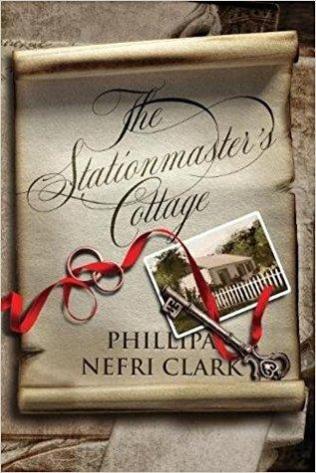 Other books in this series:

Christie is a professional make-up artist just back from a big photo shoot. She lives with Derek.

Derek is a real estate developer with tickets to go on holiday to Lizard Island before Christie’s even unpacked. No problem, he’s packed for her. Let’s go!

But just as they are going out the door, Christie receives a telegram from Angus, a long-time family retainer, telling her that Gran has died and Christie is needed for the estate and the funeral. Well, of course, she is. Gran was her only relative. Gran saw to her after her parents died. And now she’s dead.

Christie arrives in River’s End grieving for Gran, confused about Derek and their relationship, and exhausted beyond belief desperately trying to understand what’s going on or more accurately, what’s happened.

She needs sleep, answers, and support. None of which is going to happen anytime soon, it seems. Why has Gran left her the cottage? What is the story behind the damaged painting in the tube? Why were the love letters never opened? Who was the older woman in the cemetery? What does the handsome surfer have to do with all of this? Why is his dog so sweet and he’s so surly? And why has Derek left her to deal with all of this on her own?

I loved the cover with the parchment as a reference to the old letters. The picture of the old cottage with the key to the cottage or the box were nice touches as well. And the red ribbon to tie the letters up was another nice reference to the story. Together they all created a charming cover for a wonderful story!

The storyline was great. The author took us back and forth between the two main relationships and time to tell the whole story, which created nice depth to both stories. It added nice depth to the characters as well as you learned things that happened before and during their youth and current times.

The pace was good throughout. Each time I thought it might start to lag, it would pick right up. It was just time to take a breath before moving in another direction.

The tension never lets up from page one until the end. It holds your attention in a way that doesn’t let you relax enough to put it down until you know all the answers to Christie’s questions. The quality of the writing is such that you are able to work things out right along with her and sometimes a bit before her. No magical surprises at the very end that you couldn’t have foreseen

The good, the bad, and the ugly…and how much it lit up my life… ✰✰✰✰✰

Here sits Christie with the funeral of her last relative, so she thinks, and a complete mystery on her hands; and her boyfriend has gone off on holiday and is scheming with another woman against Christie. Me? I would have had a bit more to say before my flight and I would have blocked all Derek’s calls. I never would have taken a single one of them. Instead, she’s justifying what’s going on and planning to straighten their relationship out when she gets home. How they have to support each other. Be more aware of each other’s needs. Hmmm. No.

All this time, Derek is partying and planning to do a real estate deal along with his friend Ingrid. They want to develop the land the cottage is on. And everyone seems to know this but Christie! I thought they did her a favor when they interfered with her next job. It gave her the excuse she wanted to change the focus of how she worked. She can be angry about their meddling, but she really can’t be upset about the outcome.

Martin Blake, a local artist building a wider renown with his colorful paintings. So different from his grandfather’s work.

He’s drawn to Christie but doesn’t like the trouble that comes with her. His dog, Randall, adores her and he trusts Randall’s judgment about people.

Now, if Martin would only stop shutting down and sit and talk with Christie about things. And if Christie would share her part of the story with him, they would have the story all put together probably by lunch on the third day with just a few gaps. Gaps that Angus can help them fill in by reading Gran’s letter to Christie so she can find the last puzzle piece. But, no, neither one can share what they know. Of course, if they did this would be a short story instead of a novel.

Frannie claimed to love Thomas and to be the best friend of Martha, Gran’s younger sister. The three of them were always together, friends. Thomas and Martha had just had their engagement party when Frannie played the first part of her nasty trick that split them up. What kind of best friend would do that? That’s not loving. That’s possession, control, jealousy. Then to follow through with the second act, that was just evil. For a sister to stand by and knowingly allow it to happen is unforgivable. And to keep that secret from the two involved for 50 years is inexcusable. To pass it off to an unknowing young woman is cowardly.

I loved the times that Christie got to be alone in the cottage and to explore and discover its treasures. She had learned to care for plants from Gran. To find that the cottage had orchards and gardens made her very happy. It was something she had been missing in her city life. She even enjoyed cleaning it and making it her own. Making it a home. These were the breathing moments among the mad tension of the mystery about the letters, the painting, the lovers, and the handsome surfer.