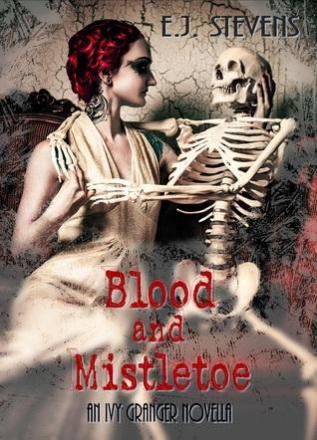 When I call this quirky fantasy, it’s partially because of the cover of the book and partially because of the content. Ms. Stevens writes about a psychic detective, Ivy Grainger who can tell things by touch. It’s called psychometry. She also has a degree of second sight. And Ms. Stevens mixes in a quirky grouping of characters and creatures. Strangely enough, this 87 page book kept me totally engaged. It’s the quality of her writing that does it.

This case is called in by Forneus, a demon who’s not too popular with Jinx, Ivy’s business partner. Forneus has a thing for Jinx. Unfortunately, he makes her skin crawl. Anyway, Forneus calls Ivy and tells her about this case, 5 dead bodies, fae bodies. And he wants credit for the information, of course. Initially, it seems unlikely that this is really a case. Five unrelated dead fae. However, Ivy goes to Kaye O’Shaye, the witch in charge and gets sent in the direction of the Bishop Hotel and the Fairy Mistress. Not exactly someone to mess with lightly.

But, the Fairy Mistress is all cuddled up with the skeleton of an old lover who once made beautiful music. She’s decided she wants to hear his music again. So she’s got Red Caps working for her creating what amounts to a big rotisserie with these five bodies in a ceremony designed to return the old lover to his body. It’s a good thing that Ivy has such good friends and that they are willing to help her out when she’s in a tough spot. Ivy’s not much in a fight. But the Fairy Mistress and Red Caps get defeated and the fire put out.

Ivy’s feisty and smart. She’s willing to learn from those who have skills she needs and it’s a good thing. So Jenna will be training Ivy how to fight.

In the meantime, Ceffyl, King of the Kelpies, has a possible cure for the problem Ivy has that stops them from being close (her psychometry). All they need is time, now. Ceff is getting just a tad impatient! They’ve been dating for a while now and still haven’t been able to even kiss.