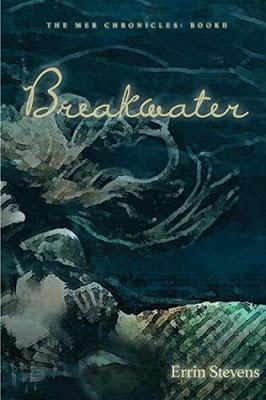 A continuation of the story of the siren community involving the Blake family and their close friends.

With no one on the throne, a senior adviser is standing in so that the government can still operate. Xanthe is having problems finding her usual mental sureness for quick decision making and thinks there is someone from outside effecting her. She even has an idea who it is, as far-fetched as it might seem.

A solution is found for the restless sirens who can’t settle into harmony with the humans the community lives alongside. And an outstation in Antarctica is created. It sounds bleak, but combine sky, ice, and water and you might be surprised what you can create.

When Peter Loughlin’s ex-wife, Serena turns up and is Carmen Blake’s mother, there is a new queen on the throne. Not everyone is happy. Dunkin does his best to cause trouble and regain his “power”, but he’s made someone very powerful angry and he won’t survive this confrontation.

Can the siren community resettle its members, appease the ruffled feathers, and make peace again for its community with what it now has to deal with? Can one member of a community live outside the rules, especially when he is stronger than any other?

The cover is wonderful with its depiction of Isabel shimmering in her change. It is a dark cover, as it should be given the fact that it’s a picture of Duncan’s abuse to her while he was controlling her and using the taser to make her change.

The storyline is complex and amazing. Ms. Stevens is an author who packs a lot into a story and adds in small side stories along the way.

The characters are great. The Blake family you will know from the first book, Updrift. Xanthe is revealed more this time since we get closer to her in this book. In Updrift her role was almost a cameo. Here, she plays a full role and we get to know her more as a person, a frustrated and angry person. Maya is a whole person this time as she has a story in this book. And we get to know Aiden better. We also get to know Sylvia and Simon Blake quite well with their story. Simon and Aiden are two of the workers on the Antarctica Project. And Sylvia gives us a great description of the place when she sees it.

The pace is great. It moves pretty fast. It has some slower spots for some scenes and is just a bit choppy in a couple of places, but for the most part it’s pretty fast and intense. No confusion and no trouble keeping up with this pace though.

The tension is kept up throughout the story. You are always aware of the bigger picture with this group even when you are with only two people. They are part of a community the is always aware of the community as a whole. Plugged in, in a way. Or maybe tuned in would be a better way to describe it.

Writing quality? All you have to do is read about Simon and Sylvia’s time at the outstation on Antarctica, well the description of the dome and the space there. You feel as if you are actually there feeling everything Sylvia does as she lies there beneath the dark sky and feels a part of the sky and stars. Errin describes that first encounter for Sylvia in poetic terms that bring you into the space with Sylvia as she feels the space above her and the space beneath her blend and she becomes a part of both.

The good, the bad, and the ugly…and how much it lit up my life… ✰✰✰✰⭒

Wow! This was so different from the first book, but so good! This book was darker right from the beginning. Sylvia was taking her walks and she had a dream about a sea monster and being stalked. She also had a feeling it was real. But she had another feeling that it was Simon. So no matter how much mind wiping Simon was doing, she was retaining enough to be aware that this was going on and starting to put the pieces together, just not enough or quickly enough to not feel like she might be losing her mind. Shame on you Simon for several reasons. One, you aren’t supposed to be taking a second daughter from a family. Two, she’s starting to feel like she’s losing her mind, so your game is going on too long and you aren’t aware of it. Three, sneaking around is not a good idea. But, I guess it worked! He gets his girl in the end. It just causes trouble in the siren community and Aiden isn’t happy because his bond to Maya is broken up. No one realizes until it’s too late that Aiden has bonded to her.

When Duncan is acting regent, he gets a taste for the position and isn’t happy when Serena shows up and points out that there is a blood-line and an heir to the throne. So when they pat Duncan on the back and send him home to put Carmen on the throne. Someone he feels is totally unsuitable and incapable of handling the job. Duncan takes off and tries to create his own community and cause trouble with his threat of revealing them all. His primary problem in the beginning was the fact that he really didn’t understand humans and their curiosity. They would have eventually wanted to know how the change was done. After the confrontation with the royal family, his biggest problem, of course, shifted to Peter. Then he no longer had any problems. I was glad Peter executed him. I wasn’t sure what Carmen would have done with him, but it would always have been a problem having him around.

What will happen in a community of peaceful beings where everyone works for the good of the community with one who is stronger and there is no control for? Peter is stronger than anyone in the entire siren community. He was able to put Xanthe offline. He will tolerate no control over himself now that he’s back. Yet, he’s not the king and wants no position that will take anything from him. He is willing to teach others to cloak so that the community may develop a greater ability to defend itself. What is foreseeing for the community? Until now it’s really not needed an army per se. It’s only really had guards to protect the royal family. What Peter seems to have in mind is bigger and more offensive than defensive. Gabe is willing to take his cloaking training so hopefully he can keep an eye on things. I’m sure Xanthe will count on him. I’m looking forward to the third book Errin is working on, Outrush. I’m not sure when it’s due out, though. Maybe she’ll leave a not on the post and let us know.

If you haven’t read the first book, Updrift, I reviewed it on November 15th. It is amazing! And I gave it ✰✰✰✰⭒ 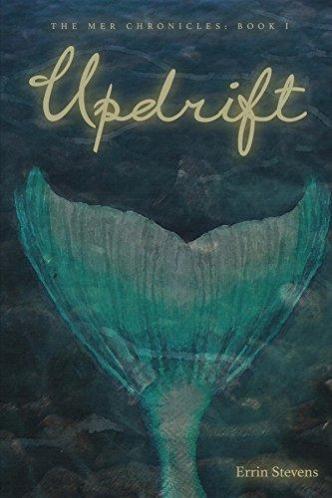 Kate Sweeting and her mother, Cara have moved to Griffins Bay to start a new life. To try to leave behind the grief of losing Cara’s husband. Cara runs the library and plants gardens and charms people.

Kate becomes best friends with Gabriel Blake and his whole family by the sea. His is a family with lots of secrets. And as Kate and Gabe grow up their feelings mature. Finally, they get to spend enough time together in the water to find out what all the secrets mean for them.

But there is one who wants what they have and is not afraid to reach for it.

The two books would make a great Christmas present for someone who likes mermaid, oops, excuse me, siren stories. Both books are available in e-book, hardcover, paperback, or audible from either Amazon or BN.com.