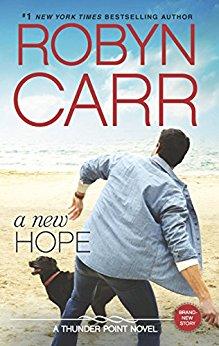 The Wanderer, The Newcomer, The Hero, The Chance, The Promise, The Homecoming, One Wish #9, Wildest Dreams #10

Ginger and her husband divorced after the sudden death of their infant son. She’s working at the flower shop learning to build flower designs and trying to find peace.

Matt and his wife divorced because he’s a farmer and she’s a party girl and model. She wanted him to change. But the farm is his life, not just a job. He’s working the farm, teaching at the university and drinking too much so he won’t have time to think about his ex-wife.

Ginger and Matt meet at a wedding where she did the flowers. His touch was more grope. Her shove sent him into a table and to the hospital. Now he owes her an apology she doesn’t want. But he’s persistent. So, she meets him for dinner.

Can Matt convince Ginger to forgive him and become his friend?

The cover is unexciting and really doesn’t relate to anything important in the story.

The storyline is a tried and true on where two hurting people help each other heal and get a second chance for love.

The characters are old and new. I remember some of them from the last book, One Wish. So they were easy to understand. The new characters were well introduced with their stories. Ms. Carr always does an excellent job with her characters.

The pace was choppy at times, sort of wandered a bit.

The tension was good throughout.

This is a typical Robyn Carr book. The characters come to Thunder Point hurting and needing a place to fit in and start over. Or they are locals who are hurting and need to heal, to dig themselves out of the hole they’ve gotten themselves into. Ginger Dysart and Matt Lacoumette fit right into these molds. Matt’s the local. Huge family farm and he’s the farmer. He’s so into it, he even teaches the science of it at the university. Unfortunately, when he picked a wife, he didn’t pick one who wanted to live on the farm. He certainly wasn’t going to leave the farm and become a party boy for this model who couldn’t even get a real modeling job. But he wasn’t really in love with her. He was in love with her beauty. And he couldn’t put her aside even after she divorced him. Finally, having a confrontation with her after spending some time with Ginger, he saw her clearly and was able to let her go completely.

Ginger had no trouble letting go of her ex-husband. For her, it was the guilt she carried thinking she had done something to cause the death of your young child. SIDS isn’t a common thing, and no one really understands it. There is no real comfort for parents who lose a child this way. They just die in their sleep for seemingly no cause. No matter what the doctors had told her, she couldn’t quite let go of the idea that she had somehow caused her baby’s death. The guilt was crushing her. The scene of her visit to the baby’s grave was a very moving one.