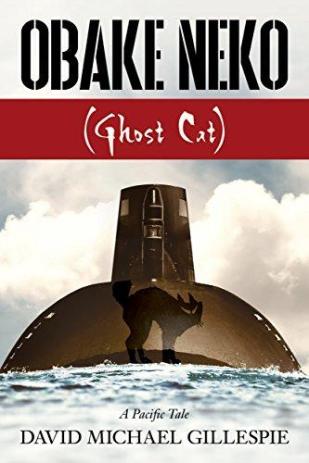 The cover was rather mysterious and intriguing. A submarine with this title about a ghost cat. What was this? In spite of being part of a Navy family and having a husband who was really into history, this was a story I hadn’t heard of.

The story was great! It’s not my usual story, but this was awesome. Historical fiction at its best, based on facts. The Japanese did build at least one of these big submarines. The Amber Room was a chamber decorated in amber panels backed with gold leaf and mirrors, located in the Catherine Palace of Tsarskoye 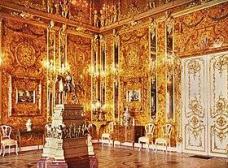 Selo near Saint Petersburg. Constructed in the 18th century in Prussia, the original Amber Room was dismantled and eventually disappeared during World War II. Before its loss, it was considered an “Eighth Wonder of the World“. The author created a wonderfully believable fiction around these facts, carefully working the fiction in among other facts about the war to make it so acceptable. (ref Wikipedia)

The characters were done wonderfully. I loved Toshi and Jiro. And, of course, hated Asato. I was shocked at John Rodrigues betrayal with Masa. And Masa was such a creep, while John seemed like such a nice guy.

The pace was great, the leisurely cruising in a sub, yet with the urgency of impending danger constantly looming. The impending danger seemed to be there in the present and the historical part. This was so good I read it in one sitting. It gripped me in the beginning and wouldn’t turn me loose. I wanted to know about the treasure and who was behind the betrayal as much as Mike did by the end.

I loved the way it ended with retribution. Mike and Tomiko get to use the treasure to take care of all those who were hurt. While Masa got to sit and stare at it until the end of his days, but never touch or benefit from it.

Excellent research and writing went into this debut historical novel. I highly recommend this to those whole enjoy stories about the war or about things getting set right in the end.