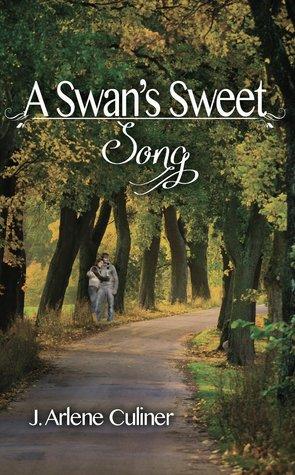 This cover isn’t terribly exciting or eye-catching, but it definitely is the scene of when Sherry and Carson go for a walk while she’s staying at his place. It’s always nice to see something readily identifiable from the book on the cover rather than just a figure or some design that means nothing.

The story isn’t new, but the way it’s told is new. They aren’t young or on their first date. Their careers are well established. They’ve both been with enough other people to know that this is the real thing.

The characters are really something else. I got a big kick out of how Sherry Valentine was initially dressed in her country singer get up. She had dyed red hair with lots of curls and make-up with flashy spangled clothes. And she kept saying she was from Dog’s Pass, which people just assumed was someplace in the country. She certainly didn’t correct them. Not even Charlie or the boys in the band knew the truth about Sherry’s background. And they spent all their time packed into the bus traveling from one concert or event to another living out of suitcases.

Carson Hewlett is a New York playwright. A man of some distinction and discernment and a bit of a snob. He was definitely not on his first go around. He looks down his nose at the situation when the bus pulls up and the band gets off in all their country best. But he just can’t stop his response to the woman.

I hated Charlie, Sherry’s stage manager. He was a bully. He actually did things that he thought were for the best for Sherry and the band. But he was just such a bully about everything and it seemed like he always had another scheme or two up his sleeve. It took me the whole book to be able to even slightly trust him. Ms. Culiner’s writing of him was absolutely spectacular. I really hated him through most of the book and yet it was just the way he was written.

The pace and tension were just as fast as Sherry’s two feet each time she ran away from the situation and as tight as her nerves before her curtain call. Carson was so sweet. Highly recommended. This is an author who writes about older couples rather than young things on their first love.