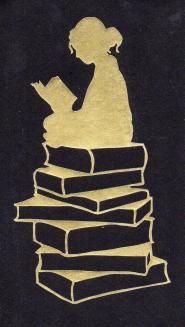 Brought to you by the verb “to read”

In the past, present, and future tense.

As in have been reading, are currently reading,

This is my variation on the meme done by others,

What have/are/will you be reading? Link it here at https://www.athoughtfulreveal.com/ and share your reading adventures with me.

Well, I did listen to Even Tree Nymphs Get the Blues by Molly Harper, narrated by Amanda Ronconi and Jonathan Davis. I found Ms. Harper’s style to be terribly amusing and entertaining. I’ll definitely read/listen to more of her work. Ms. Ronconi and Mr. Davis did a good job of the narrative. They were easy to understand throughout and provided lots of variations for voices as well as using their voices well for emotion and intonation. I’m still new to audiobooks, so I’m still trying to learn what’s good and what’s not so good in this aspect. I think if I forget I’m listening to someone talk, then it’s really good. If I’m so caught up in what they’re saying that I’m not listening to how they’re saying it, then they’re doing a great job. It’ll be a while before I get to that point, I think. Who do you like to listen to?

I had been contacted by Ed Lynskey who wrote Eve’s Win to read his book and review it. So, I read that this week. I had never heard of him, so I was rather surprised at how many books he has written and how solid a writer he is. He writes cozy mysteries and he’s rather prolific at it. This one was about a missing winning lottery ticket. Mid series.

The Priory of the Orange Tree by Samantha Shannon was exactly what I expected from its cover. It was full of magic and dragons and romance and royals and was just wonderful! It was exactly what I needed this weekend, too. Highly recommended!

A Secret History of Witches by Louisa Morgan was also added to my Read list this week. About halfway through it, I thought the book was at an end the way the story was going; but I labored on and it ended up that the better part of the book was the second half of it. This is a book I think I might have enjoyed listening to.

I’m only halfway (57%) through Dessert First by J. Dana Trent. That’s the book about preparing for death by living your life.

Are considering reading next…

I just received two books for review. One from an author who contacted me about her debut novel, Zapata by Harper McDavid. It’s a Romantic Thriller involving drug lords and lots of danger. It’s 348 pages, so it’ll take more than one sitting.

The other one came from a rep at St. Martin’s Press who keeps me in mind for good books. This one is Lethal Nights (Brute Force #3) by Lora Leigh, another Romantic Thriller with a safe house and a dude called Dragon.

And I’m waiting for Fortuna Sworn by K.J. Sutton, a fantasy work that I’m really looking forward to. This is her first adult work. She’s written for middle school and YA in the past. The synopsis for this sounds great! 580 pages on Kindle, so I can plan on spending the weekend with it! It’ll be out in late September.

And I still have my TBR list, which isn’t even the complete list. It’s just what I have listed in my calendar right now. It’s what I own and haven’t read, yet.

Whoever Finds the Wicked

I Promise You This

In Death series (complete, reread some, new reads some)

The Spies That Bind

The Emperor’s Soul (also in ebook and signed hardcover)

Two Witches & a Whiskey then this I think…

Rivals! Frenemies Who Changed the World NEXT about 3 hours…

As you can see, I’m not likely to run out of reading material anytime soon. And as I said, this isn’t the complete list of what’s unread on my tablet and phone right now.

OOPS! This doesn’t include what’s on my nook app!