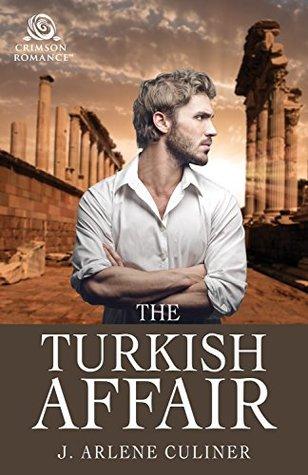 The cover is attractive and appropriate for the book, however, I think I would have liked to see the heroine pictured on the cover since she is the more dramatic character and the one whose POV is used. *** I just found this second cover for this great story! One I like a lot better and which gives this book a 5-Star rating! Look at this! 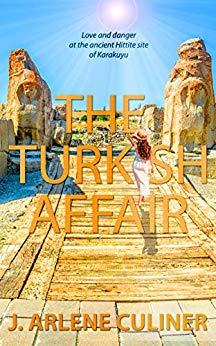 Ms. Culiner has created a story with such drama and so many twists that it captured my imagination almost immediately. I found the beginning just a bit confusing. Once I got my bearings I was okay with it all. But everyone has secrets and secret agendas, so nothing is straight-forward. I think I must call Ms. Culiner’s writing style in this book ‘slight-of-hand’. Someone was there and then they weren’t. It took forever to figure out where they had gone and why. This one has a lot of twists and turns as well as a hotter-than-the-desert love affair. And the desert is very hot. Ms Culiner makes sure that we know just how hot it is. Her descriptions of the surroundings and the people and the shimmering heat are absolutely marvelous. You can almost taste the teas and coffees and smell the spices used in the cooking. You want to wipe away your own sweat along with the characters in the book.

And this book is alive with other things, too. Corruption, jealousy, and murder. Anne and Renaud are stymied in trying to get at the truth by not being able to rely on the police because they were so corrupt. They also had to be very careful of their behavior in public. She lived with a local family and she had to keep her reputation clean or it would reflect on this family and cause problems. Even holding hands in public could blacken her reputation. As a woman in a Muslim society, her behavior was watched very closely by everyone. At the dig site, Anne and Renaud had to be careful because of the other woman there who was jealous of Anne. She had been in love with the missing director and thought that Anne had had a close relationship with him. She wasn’t too happy about Anne’s scooping up the new director. And then they discovered that the former director had been murdered not that far from the dig. The field of suspects suddenly was all around them. And could Anne be eliminated from the list? The police certainly didn’t think so.

This is an exciting, twisty romantic mystery that I highly recommend from a favored author. I hope we see more such books from this author.

One thought on “The Turkish Affair”