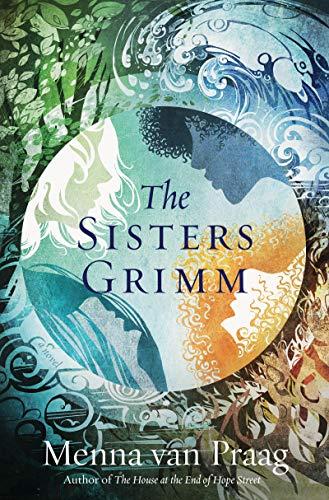 This is a magnificent cover. With the four elements represented in the four corners and the four sisters, all so different yet all within the circle of light. The colors are muted and rich at the same time creating a lovely, eye-catching cover.

The story is so unique. Initially, I was at a bit of a loss as to what was going on. So I set the book aside. I picked it up again and started over. The second time around it made more sense because I was being more attentive and careful in my reading. I still had a hard time following all of the aspects of the story, though. It is hard to keep all the names and different storylines straight through the whole thing. The author has the four sisters and their younger selves as well as the one major star soldier and his younger self as narrators = ten. At various times there is also the “father” and various mothers or grandmothers as well as other soldiers popping in and out. And then you have to keep track of when they do and when they don’t remember each other and when they are just working at remembering. Now, are you totally confused as to this story? Yes, so was I.

The story is about four young women. When they were young, up until the age of 13, they would meet in Everwhere, their dream world. They considered themselves sisters, though they each had different mothers. They had the same father. Goldie could make things in the earth grow. Liyana could make the water swirl in lovely patterns. Bea could make the air swirl and whirl things around. And Scarlet could warm up their tea with her hands. As they grew, so did their gifts. But when they turned 13, they forgot Everwhere and each other and their gifts, for the most part. They each went their own way until they’re 18, then they are each supposed to make their way back to Everwhere to make the Choice. And possibly fight for their lives.

But something has sort of clicked and the girls are starting to come together, these four special sisters. They are partially aware of their gifts, each in their own way. They are starting to dream and think strange thoughts. Are these dreams or are these memories? And they are all about to turn 18 on the same day, of course. As time ticks down to the 18th birthdate, all sorts of horrible things happen to each of the girls – lost jobs, lost loves, family deaths, lost homes. Various men come and go. But the girls work their way closer and closer to each other and their great moment of choice, most of them in total innocence. One of the sisters has been told about what is ahead and has already made her Choice.

Just trying to explain this book has been confusing, so you see why I found it confusing to read. I recommend it as a really interesting reading experience for sharp minds, but feel that for the average reader the author confused things too much. I felt bombarded by the constant change of who and when.

4 thoughts on “The Sisters Grimm”