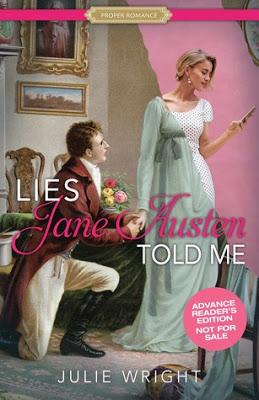 Ever since Emma read Pride and Prejudice, she’s been in love with Mr. Darcy and has regarded Jane Austen as the expert on all things romantic. So naturally, when Emma falls for Blake Hampton and he invites her home to meet his parents, she is positive an engagement is in her future. After all, Blake is a single man in possession of a good fortune, and thus must be in want of a wife.

But when it turns out that what Blake actually wants is more of a hookup than a honeymoon, Emma is hurt, betrayed, and furious. She throws herself deeper into her work as CMO of Kinetics, the fastest growing gym franchise in the nation. She loves her work, and she’s good at it, which is why she bristles when her boss brings in a consultant to help her spearhead the new facilities on the East Coast. Her frustration turns to shock when that consultant turns out to be Blake’s younger brother, Lucas.

Emma is determined not to fall for Lucas, but as she gets to know him, she realizes that Lucas is nothing like his brother. He is kind and attentive and spends his time and money caring for the less fortunate.

What she can’t understand is why Lucas continues to try to push her back into Blake’s arms when he so clearly has fallen as hard for her as she has fallen for him. It isn’t until Lucas reveals to Emma that he was adopted into the Hampton family that she begins to understand his loyalty to Blake as well as his devotion to the child April-she is Lucas’s biological niece.

Emma opens up to Lucas about the feelings of abandonment she has harbored ever since she was a child and her mother left the family. As she helps Lucas deal with his past demons, she is able to exorcise some of her own. 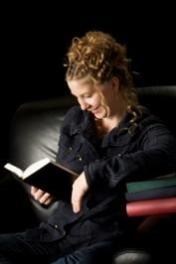 Julie Wright wrote her first book when she was fifteen. She’s written over twenty novels since then. She is represented by Sara Crowe. She is a Whitney Awards winner for best romance with her book Cross My Heart and a Crown Heart recipient for the novel The Fortune Café.

She has one husband, three kids, one dog, and a varying amount of fish, frogs, and salamanders (depending on attrition).

She loves writing, reading, hiking, playing with her kids, and watching her husband make dinner.

I was provided a free copy of this book by the author’s representatives, NetGalley and Shadow Mountain. I am voluntarily providing an honest review in which all opinions are fully my own. I am not being compensated in any way.

I loved this book the whole way through even though I knew how it was going to turn out from page 20 when Emma Pierce was kneeling on the floor next to April, Lucas Hampton’s niece, talking about lip gloss. I just knew her BFF, Silvia, had to have a guy she was keeping secret while she was trying to be supportive of Emma. I knew Emma would end up with the correct Hampton. And I knew Blake would be taken care of. I also knew Emma wouldn’t give up on Jane Austen in the end because Jane Austen would never lie.

I was really glad that Emma dealt with Debbie and the Facebook issue the way she did. I feel too much of what should be professional is not due to social media. And once a trust is violated, there can be no trust.

I loved Carolyn Hampton’s defense of Jane Austen at her birthday party when she read the inscription on Emma’s gift.

“But Caroline wasn’t having any of it. “No, society taught them that, and there’s nothing wrong with wanting to be in a healthy, functioning, loving relationship. What Jane taught women was that it was okay for them to read, for them to think, for them to not play the coquettish little games other women played. She taught them to be moral and smart and that their opinions mattered. And she did all that under the form of basic entertainment where the men would have no idea that a subversive revolution was happening right under their noses, where even the women had no idea that their minds were being enlarged and their prospects expanded. I had a professor tell me that Jan Austen took the pen out of the hand of man and proved it fit into the curve of a woman’s fingers as well. She opened the door for women to write their own stories and to not be afraid to own the task. Yes, she was a feminist. And don’t you dare badmouth her on my birthday.”

After that, Emma was really a part of the family. She and Carolyn had worked together to form the basis of the foundation Emma’s company needed and now they were like-minded women of the world-at-large. That just left her to sort out Carolyn’s sons and get on her way.

I loved the forthright way that Emma handled Blake. She didn’t play games. She didn’t prevaricate. She was honest with him and even offered alternatives to the situation that he really wasn’t considering fully. And I loved the ending.

This author has 23 novels to her credit, several of which are award winners of various kinds. I’m putting on my list of authors to keep an eye on and back list to check out. I strongly recommend this book to you and suspect you will add her to your authors list as well.

In the meantime, some of her other books are:

Cross My Heart, My Not-So-Fairy-Tale Life, Olivia, Eyes Like Mine, Loved Like That, Victoria’s Promise, Four Chambers, Spell Check, To Catch A Falling Star